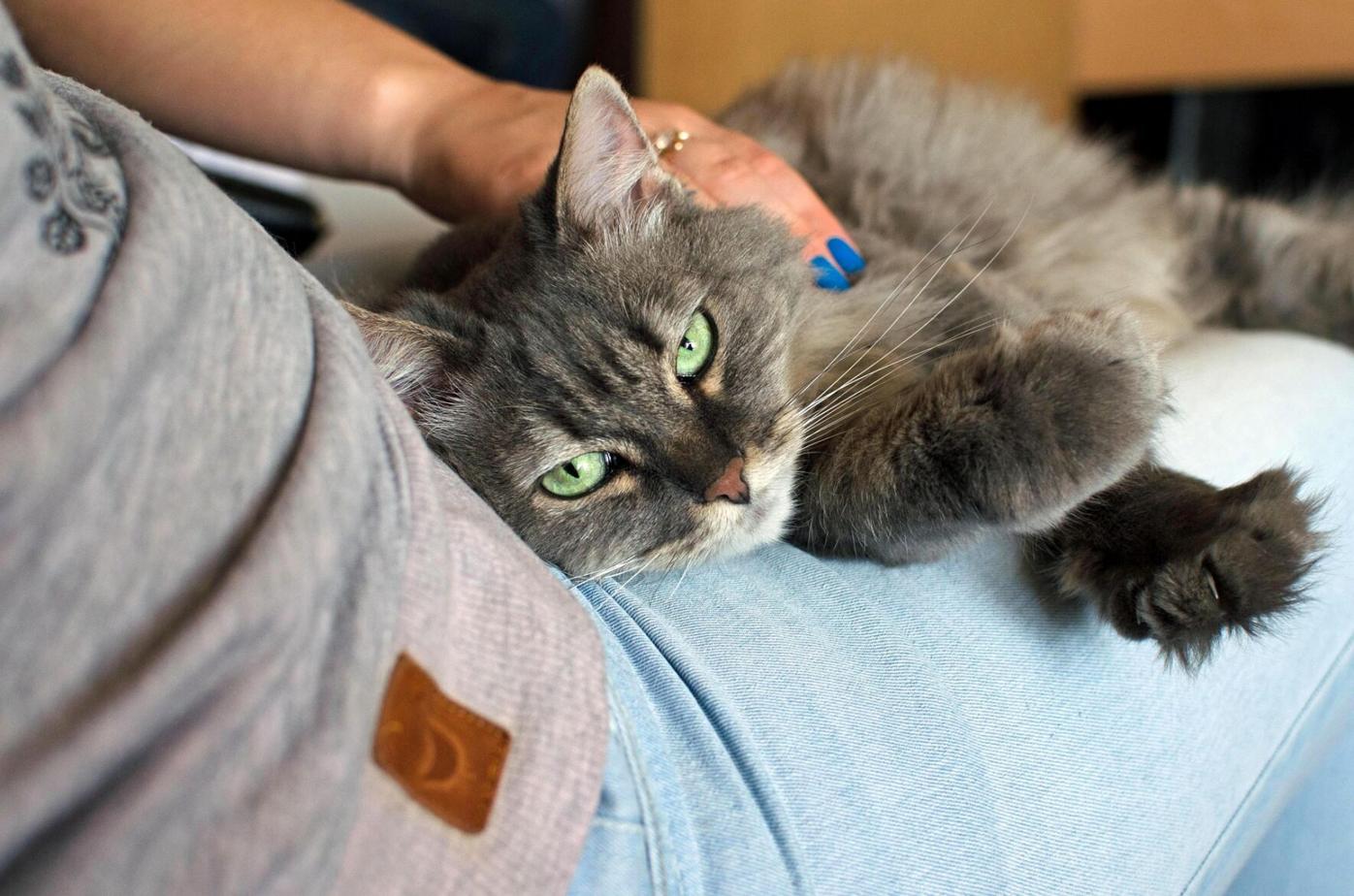 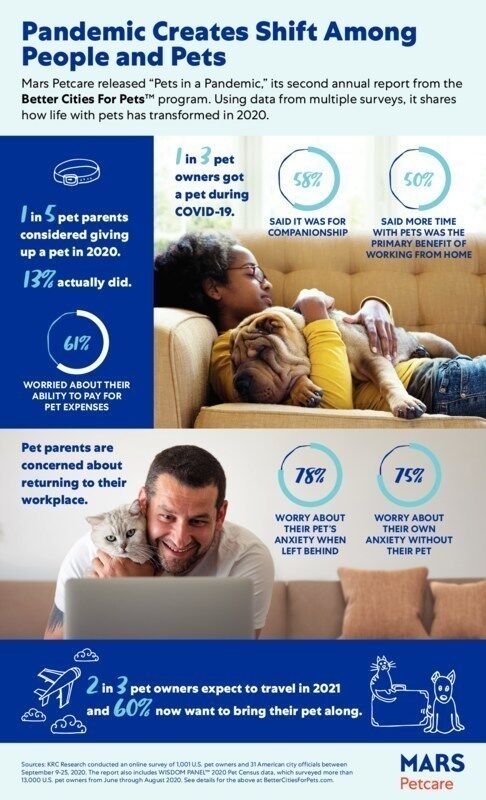 Pets have been a top source of companionship during the COVID-19 pandemic, with 58 percent of new pet owners citing companionship as the main reason for getting a new pet, according to a new report by Better Cities for Pets. However, the report also revealed financial hardships have taken a toll on pet owners, with 61 percent reporting concerns about affording basic pet costs, and 20 percent have considered giving up their pets during the pandemic.

“The pandemic has affected all parts of our lives, including our family dynamics, as millions have shifted to working from home and new household routines, including our four-legged friends,” said Jam Stewart, vice president of corporate affairs at Mars Petcare, which created the Better Cities for Pets program to help communities become more pet-friendly. “Through the Pets in a Pandemic report, we took an in-depth look at how the pandemic has impacted pet owners and their relationships with their pets. The report uncovered a strong current of positivity around pet ownership but also showed the challenges that many pet owners have faced throughout 2020.”

“Better Cities for Pets Program Report: Pets in a Pandemic” was developed using data from several first-party surveys, as well as the Wisdom Panel 2020 Pet Census. The report outlines the benefits and challenges to pet owners in 2020, what type of support pet owners need from their local government and how their attitudes about life with pets has markedly changed for the foreseeable future.

The report revealed that among all pet owners, three quarters or more said that their pets provide important benefits in the form of companionship (86 percent), reduced stress or anxiety (78 percent), reduced boredom and monotony (75 percent) and reduced depression (74 percent) during the pandemic. Thirty percent of pet owners welcomed a new pet this year, according to the report.

Half of the survey respondents reported spending more time with pets as the primary benefit of working from home—even of increased flexibility (46 percent), cost savings from lack of commute (47 percent) and more time with family (36 percent), according to the report.

Still, the report revealed that many pet owners have faced financial challenges throughout the pandemic, leading to difficult decisions. For instance, 61 percent of pet owners felt concern about their financial ability to pay for their pets’ expenses. Twenty percent of pet owners have considered giving up their pets in 2020, and 13 percent actually did, according to the report. Of the pet owners who considered giving up a pet during the pandemic, 31 percent said access to pet-friendly housing resources would have been helpful, while 32 percent said short-term financial help and 30 percent said more access to pet services or support would have been helpful.

“City officials acknowledged their communities’ difficulties in recent months,” authors of the report said. “One in three city officials have heard concerns from residents about the financial challenges of pet care the potential need to re-home a pet. Sixty-four percent of city officials favor providing assistance to pet owners due to the pandemic.”

The report also took a look at the work-from-home environment.

“As more people have grown accustomed to working remotely alongside their pets, many are fearful about the realities of returning to the workplace and leaving their pets behind,” the authors said.

The ability to have pets along for the ride, extends beyond work, too, according to the report.

“As we look to 2021 and beyond, people are expressing a desire to bring their pets with them and finding reprieve in having them present outside of the home,” the authors said.

“These insights all point to a critical need for more individual assistance and pet-friendly accommodations, as pets have become even more integrated into peoples’ lives,” the authors said. “Looking ahead, pet owners are hopeful to have their companions at their sides when it comes to their daily routines, traveling, the workplace and visiting community spaces.”

The “Better Cities for Pets Program Report: Pets in a Pandemic” can be found here.