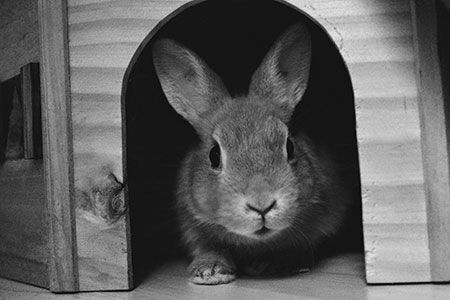 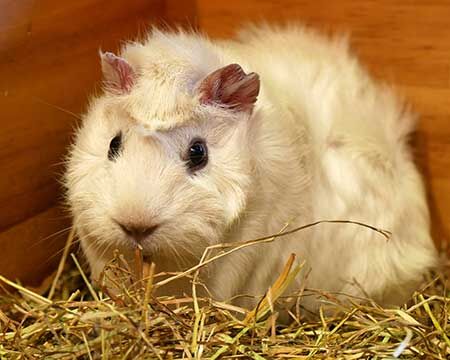 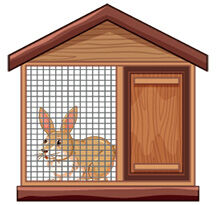 Demographically, the small mammal category is opening up. Pets that have traditionally been associated with children are increasingly being kept by young adults and professionals, retailers reported.

"The [type of] folks that are coming in to get those kinds of animals has broadened a little bit," said Caroline Janczak, co-owner of Critters Pet Shop in South Elgin, Ill. "It used to just be kids. Now, I’m seeing young professionals that will come in and adopt a rabbit."

This is partly due to the perception that small mammals are easier to care for than other types of pets, Janczak added. She carries a lot of the Prevue Hendryx offerings in-store, as well as some of Hagen’s products.

However, for some retailers, this trend tends to skew toward some of the larger small mammal species.

"When college-age [customers] are moving out, guinea pigs and rabbits tend to be more popular," said CJ Rankin, sales associate at Gallery of Pets in Austin, Texas. "For some reason, when people get past a certain age, hamsters and gerbils are too small, and they’re not as cuddly or easy to play with."

Part of the appeal of larger species is that they tend to be easier to interact with, and demand for this type of companionship is cropping up in the millennial demographic.

"There are a few more adults who are living in apartments, and they can’t have cats or dogs, so they’re doing more hamsters, guinea pigs and a lot of bunnies," said Kelly Parsons, manager of Denny’s Pet World in Kirkland, Wash.

As a result, larger enclosures are now more popular, both to house larger animals and because retailers emphasize best husbandry practices and luxury for their customers.

"People want there to be more space," said John Gerstenberger, director of product development and sourcing for Ware Manufacturing in Phoenix. "They’ve got an animal, and they don’t want to feel like it’s in ‘Shawshank Redemption.’"

"Once you get into the smaller rabbits, chinchillas and ferrets, customers seem to want larger enclosures," he said.

McKibbin said that Kaytee and Prevue Pet Products’ items both do well in-store.

Parsons has seen customers with interest in all sizes of animals tend to gravitate toward larger enclosures, and the Kaytee Super Pet line and Hagen OVO sell well at Denny’s Pet World.

"People want larger enclosures," she said. "It used to be that we would have to talk someone into getting an enclosure that was appropriately sized. Now, customers are buying housing that’s huge for a given species."

For example, she’s seen customers purchase a single teddy bear hamster and put it in a 40-gallon breeder. This isn’t very unusual anymore, she noted.

"The small mammal category as a whole, in our opinion, is going through a bit of a maturation," said John Gerstenberger, director of product development and sourcing for Ware Manufacturing in Phoenix. "In the past, it’s been very kid-oriented."

Though there is still a lot of demand from younger customers, Gerstenberger said, the focus has shifted toward making enclosures more fashionable in the home.

"In the pet industry as a whole, fashion is more important," he said. "You see it, whether it’s in dog beds or pieces of furniture and elements along those lines."

In the past, it was the norm for enclosures to be kept in children’s rooms, where the aesthetic of the enclosure didn’t have as big an impact. Now, Ware is focusing on making the enclosure more décor-oriented.

The manufacturer plans to release a new cage in the 35-inch range at Global Pet Expo in Orlando, Fla., in March. The cage will be designed with a larger footprint in mind, as well as premium features to meet current demand.

"It’s [designed to be] safe for animals, to provide lots of space for them to move around, but it’s really going to be about the look and the elements that we’ve applied to it," Gerstenberger said.

Cages and enclosures that work with home design in mind are increasingly popular with customers.

"They want something that doesn’t look like it belongs in a circus tent," said Kelly Parsons, manager of Denny’s Pet World in Kirkland, Wash. "Bright colors are much less popular now. That’s what someone needs to make: a nice cage that looks like it fits in a family room instead of something that should be in the children’s playroom."

Features are also important to customers, including access and functionality.

"A lot of people do like the more complex cages instead of just the regular run-of-the-mill cages," said CJ Rankin, sales associate at Gallery of Pets in Austin, Texas.

Being able to easily handle and play with their pets is important to customers, industry participants reported.

"There’s also the element of interaction," Gerstenberger said. "People talk about the importance of being a pet parent and interacting with the pets themselves. Cages are now being designed so you can have more of that."

Space considerations are paramount in displaying small mammal habitats in-store, and with larger enclosures trending, this can have an impact on floor space and merchandising strategies as a whole.

"We do have an aisle of guinea pig and rabbit cages, and it does take up a lot of space," said Kelly Parsons, manager of Denny’s Pet World in Kirkland, Wash. "We take things out of the box and put them together so customers can see what they are and how large they are."

Allowing customers to see how the enclosures function can help drive sales, Parsons added. It makes it a little bit easier for customers to understand the differences between enclosures. She also makes sure to display housing options near the animals themselves.

However, it isn’t always easy to display fully assembled enclosures, and it can be time-consuming to assemble cages in-store.

"If you’ve ever tried to put together one of those cages, it’s a project in itself," said Caroline Janczak, co-owner of Critters Pet Shop in South Elgin, Ill. "We’ll try to help them, especially if they’re good customers. That’s a selling point, if you have the room to assemble the products, because some people don’t want to mess around with assembly."

When it comes to displays in-store, housing options are grouped by size, from small to large, with fancier cages displayed separately, Parsons said.

Making floor space available to larger enclosures can be a challenge, and it means carefully picking what to offer customers, said Linus McKibbin, owner of Pettin Place in Reno, Nev.

While some retailers with space available on the floor try to offer as wide a variety of cages as possible, sometimes, options are limited by distributor availability. Some will cherry pick a line, Janczak said.

"It’s driven by the vendor to some extent," she said. "But our personal taste definitely plays into it. You don’t get into the pet industry unless you’re an animal lover."

In some cases, retailers even offer custom options when possible.

"We make our own enclosures," said Kimberly A. Morgan, owner of Reedley Feed & Pet in Reedley, Calif. "I educate people on what they need. [Commercial habitats] are cute and pretty, but they don’t air out well."

Morgan no longer offers commercially manufactured enclosures, she added, noting that competition is too difficult.

The Price Is Right

Customers generally tend to fall into two categories when it comes to price point, according to pet specialty retailers. Either they’re looking for a cheaper option for smaller mammals, or they’re at a higher price point looking for a larger, premium enclosure.

"It depends on the customer," said Kelly Parsons, manager of Denny’s Pet World in Kirkland, Wash. "Some don’t pay any attention to the cost. They want the biggest and best. If it’s too cheap, they get worried that it’s not good."

For larger animals, such as bunnies and guinea pigs, she keeps her selection in the $60 to $90 range, where she doesn’t have any trouble selling the cages, she said. But she does stock enclosures up to $150, she added, and there definitely is a market for those.

Customer behavior will likely vary by market, however, and some retailers reported different ranges. Those seeking smaller habitats don’t want to go over $25 to $30, said Linus McKibbin, owner of Pettin Place in Reno, Nev., but those looking for larger enclosures will spend anywhere between $60 and $120.

Competition in the small mammal category is stiff, however, and often, retailers don’t see much margin in cages and enclosures.

"A lot of times, Walmart beats us," said Caroline Janczak, co-owner of Critters Pet Shop in South Elgin, Ill. "However, they don’t have the larger enclosures. I try to carry larger cages. That’s what we emphasize."

Faced with a menacing wolf, even the three little pigs of the classic children’s story came to the understanding that materials matter when it comes to the construction of a house—and small-animal owners agree. According to the American Pet Products Association’s (APPA) 2017-2018 National Pet Owners Survey, there have been no wild changes in the types of habitats pet owners have been buying for their small animals over the past few years. However, a slight decrease in metal-wire cages and an uptick in wood and plastic enclosures indicate some shifting consumer preferences.