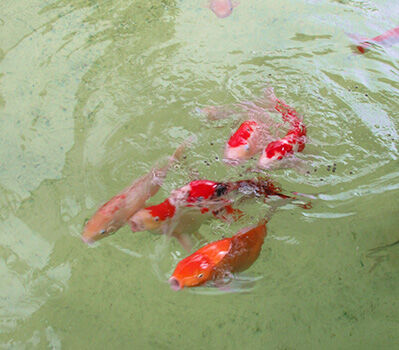 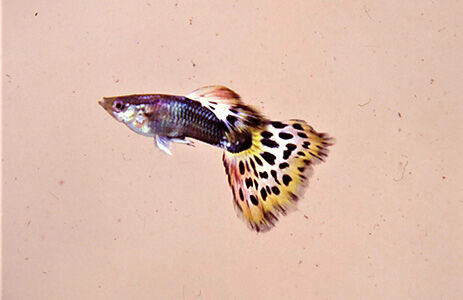 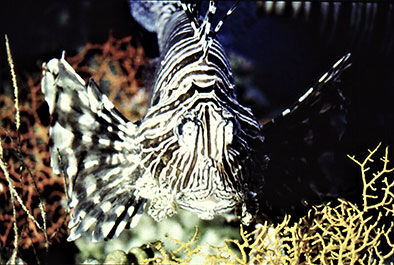 Spain has frequently been in the news in recent years regarding invasive alien species (IAS), causing concern and confusion in the process. The concern arises from some of the proposals made by the authorities, while the confusion arises from the fact that some matters appear to have been left in the air, and others have been published in the Boletín Oficial del Estado (Official State Bulletin) couched in technical terminology that is less than user-friendly.

All the while, I keep receiving inquiries from worried colleagues seeking clarification as to what species can be imported into Spain, which can be traded and which can’t. This matter has been, and is, of major concern to exporters, who need to know how things stand before they can enter into any commercial agreements. So to summarize and clarify the key developments that have led to the current situation, here is a rundown. While I can’t, obviously, go through all the details and controversial points raised by some of the documents, I will include the most salient factors.

On Nov. 14, 2011, Spain issued a Royal Decree incorporating lists naming numerous species considered to be IAS. These were split into two groups:

• Listado: a list consisting of species that were deemed to be "susceptible" to becoming a serious threat through competition with autochthonous (native) wild species, or to their genetic purity, or to ecological equilibrium, or their exhibiting invasive potential;

• Catálogo: a catalog (list) consisting of exotic species for which "scientific and technical information exists indicating that they constitute a serious threat to autochthonous species, habitats or ecosystems, aquaculture or economic resources associated with the use of the country’s natural heritage."

The inclusion of a species in the catalog prohibits the possession, transport and sale of both live specimens and/or parts, e.g., propalgules of plants, such as seeds or spores from which a new individual may develop, which could survive in the wild. Obviously, the release of these into the wild is also strictly prohibited. The list does not, however, carry these prohibitions.

On Aug. 2, 2013, the above decree was superseded by a new one, which abolished the "listado," with the aim of implementing better and more coordinated control of the species in question. The cataloged species show a few interesting changes from the 2011 version. For instance, we no longer have the three Channa species that were originally listed; the full Channa genus is now included under Channa spp. Gambusia holbrooki remains, as do Ictalurus punctatus, Lepomis gibbosus and Pterois volitans, while Misgurnus anguillicaudatus is elevated to catalog status, and the chameleon cichlid (Australoheros facetus) is included for the first time. Missing from the catalog are the following species that featured in the 2011 listado: the goldfish, koi, guppy and silver/tinfoil barb.

On March 16, 2016, Spain’s Supreme Tribunal’s Court of Contentious Administrative Affairs concluded that the 2013 Royal Decree’s "exclusion" of the common carp/koi from the IAS catalog would be "annulled." In other words, it would now be included as an invasive species whose import, possession, sale and/or release would, henceforth, be prohibited.

In December 2018, Ornamental Fish International (OFI) received a list of species via the Spanish Pet Trade Association (AEDPAC) consisting of animals and plants for which permits "with environmental impact reports would be required, should the list be approved." I have added some notes alongside each species in the accompanying table to illustrate the real implications in terms of the total numbers involved.

2018 Proposals for Inclusion in the Catalog

This new list, just as all its predecessors, is flawed and raises countless questions. Why, for example, list the goldfish when it’s already been present in Spanish waters for around 400 years­, introduced during the period 1600 – 1699, has long been naturalized within the country and cannot now be eliminated entirely? This also applies to koi, of course, but, as shown above, it didn’t prevent its listing. There are many other debatable points but, obviously, space doesn’t allow me to include them here.

While such a listing would, obviously, hit the Spanish sector very hard, it could also have much wider pan-European implications if other EU Member States were to follow suit. And, in any case, can a coherent case be advanced for including all 40 Poecilia spp.—or even one? The two Xiphophorus species mentioned in the proposal are X. maculatus, the southern or moon platy, and X. hellerii, the swordtail, but not the hardier variatus or sunset platy (X. variatus). Odd, isn’t it?

Not unnaturally, the 2018 fall proposals caused widespread concern, owing to what was perceived as their apparent illogicality, the potentially disastrous consequences they would have on the Spanish industry, and the fear of even wider European consequences. Obviously, vigorous representations were made to the authorities, and these seem to have had some effect. Since then, I’ve been keeping a look out for any official announcement in the Boletín Oficial del Estado (Official State Bulletin), but there hasn’t been anything relating to the proposals.

Then, on March 29, 2019, the authorities issued a new Royal Decree, this time regarding IAS as they relate to the Spanish Canary Islands. At first sight, this would seem to bear little relevance to the national catalog, but it has, because we are told that, as a result of this decree, the Royal Decree of August 2, 2013, would be modified with regard to the catalog. These modifications do not, however, affect the fish catalog. They consist of three new reptile additions, one mammal and two plants, but no fish. Equally, the Canary Islands list, consisting of 48 species, doesn’t include any fish.

So the 2013 Royal Decree list, with the 2016 addition of koi, stands at the moment. I say "at the moment" because I wouldn’t be at all surprised if, sooner or later, at least some of the species listed in the fall 2018 proposal were to be revisited by the Spanish authorities. If so, we would enter another period of uncertainty and concern. Whether common sense would, once more, prevail—as it seems to have happened with the fall 2018 proposal—would remain to be seen.

I’d like to extend my thanks to the Spanish Pet Trade Association (AEDPAC) for alerting Ornamental Fish International (OFI) to the proposals of fall 2018. I’d also like to thank OFI secretary general Paul Bakuwel for forwarding the proposals to me for my attention.

For additional reading on this topic and more, go to petproductnews.com for other stories I’ve written on this and similar subjects, as well as the online version of this story for links to the Spanish government’s full reports (in Spanish).

John Dawes is an international ornamental aquatic industry consultant. He has written and/or edited more than 50 books and has contributed more than 4,000 articles to hobby, trade and academic publications. He is the editor of the OFI Journal and a consultant to AquaRealm, the trade show that took place June 2017 in Singapore.