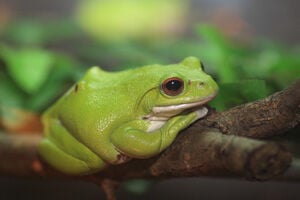 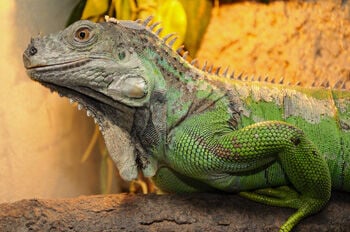 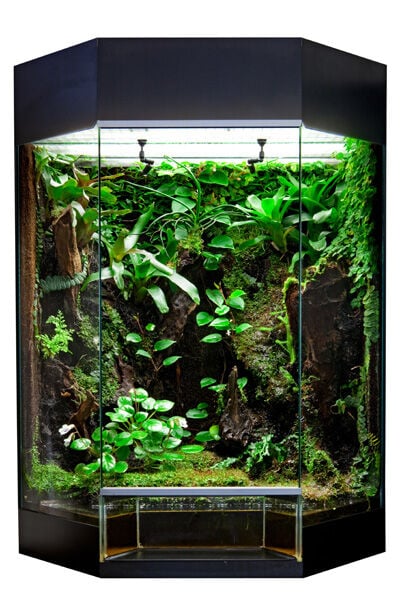 Reptile keepers increasingly seek aesthetically pleasing terrarium setups, accessories and décor, but the emphasis is on an accessible, clean and naturalistic appearance over fantastic ornaments and oversized systems. Retailers and manufacturers are accommodating this demand by offering custom beginner setups and a variety of natural yet functional accessories for herps.

The aesthetic appeal of a well-decorated terrarium or vivarium is undeniable, but retailers must start with meeting their customers’ needs. This means it all boils down to the species customers want to keep.

"It all depends on what critter you’re keeping," said Tom Herron, owner of Fins, Feathers, Paws & Claws in Harleysville, Pa. "One thing I’ve recently been selling a lot of is tarantulas. I carry the smaller nano terrariums by Exo Terra specifically for tarantulas. Also, I just get a box that you see in an office supply store, and those sell pretty well for the tarantulas.

"The small stuff is definitely a conversation piece," Herron added. "With reptiles, it’s not so easy to go small. Even with dart frogs, you don’t want to keep them in something too small; they want room to move."

There are many types and sizes of species available, so to meet demand, retailers offer a variety of starter kits—either from manufacturers or put together from various pieces and built to their own specifications.

"I’m really a firm believer in starter setups," said Jay Brewer, owner of Prehistoric Pets in Fountain Valley, Calif. "It doesn’t tie up your employees as much, and people feel more confident if you have a setup."

Several retailers reported that they choose to assemble their own starter kits for customers.

"We put together certain starter kits for certain animals, and then we price them and sell them," Brewer said. "Sometimes

we’ll tell [customers], ‘To be honest, the animal doesn’t need the décor, but it makes the enclosure pleasant for you to look at.’ Sometimes that’s enough; I think that brings a lot more value."

"We definitely take a percentage off the top if customers buy everything," he said.

For those not interested in investing the time to build custom setups for hobbyists, manufacturers offer all-in-one solutions, and retailers report success with these as well.

"Retailers continue to look for one-stop solutions where they can sell a complete kit to entry-level hobbyists," said Gerry Brostek, COO for Penn-Plax in Hauppauge, N.Y. "The common consensus is that parents are less afraid of one large sticker price than to have to buy a cage and then lots of separate accessories."

When it comes to terrarium setup and décor options, customers want the natural look.

"While there is a market for skulls and fanciful décor, the overwhelming popularity in the reptile category continues to be natural, whether it’s a desert-type item or something you might find in a rainforest," Brostek said.

"Penn-Plax recently won a Best New Product award at the Global Pet [Expo] trade show for our Granite Stone Hideaways," he added. "These items are functional as well as decorative. They allow reptiles to hide in an enclosed dark area, which gives them a sense of safety and security. This enclosure can also double for sleeping or mating."

Another interesting development in the hobby involves products that allow herpkeepers to shape their pet’s environment themselves, adding a naturalistic bent or something more to their liking.

"One of our newest herp habitat décor products is our Cavern Kit with Excavator Clay Burrowing Substrate," said Ashley Rademacher, animal care and education coordinator at Zoo Med Laboratories in San Luis Obispo, Calif. "This kit provides everything a keeper needs to make caverns, tunnels and shelters with our unique Excavator Clay."

Re-creating specific natural environments is important to many customers, and having décor on hand to simulate a biome can lead to increased sales.

"Everybody wants the real deal," Brewer said. "That’s always been the trend, but there haven’t been products to meet the trend until recently."

Increasingly, manufacturers are catering to this demand by offering products designed to mimic specific habitats.

"Exo Terra has a water well, which is a water bottle hidden in a rock," said Herron of Fins, Feathers, Paws & Claws. "That sells well. They recently came out with some canopy dishes that are designed for your crested and gargoyle geckos. They stick to the side of the enclosure up high, and they look natural. Those have done well for me also."

Re-creating deserts, jungle canopies and rainforests is even easier for hobbyists with the variety of products currently on the market.

"People seem to be into the more naturalistic settings," Herp Hobby Shop’s Potts said. "People want to know where the animals originate from. For example, with the bearded dragons, people want to keep them with a desert motif. Vines and artificial plants do well. Zoo Med, Exo Terra and Zilla all offer excellent selections."

However, some fantasy items do sell well, and it ultimately depends on local market conditions.

"There’s around 10 percent of customers who like the real sculptured, crazy things," Brewer said.

Offering customers a choice might help, and knowing what they want means retailers can have a variety ready when they come in to shop.

"I stock the Exo Terra line of natural terrariums, and I stock the Zilla Critter Cages," Herron said. "Exo Terra has a large collection of human skulls, T-rex skulls and buffalo skulls [as well as] dinosaur eggs with holes in them so critters can go in and out of them. Those sell well."

Knowing what species are popular in a given region can help retailers craft the setups their customers demand.

"It’s regional," Brewer said. "You have to do your own test marketing and know where your location is.

"Just because you don’t like [a certain décor item or accessory] doesn’t mean it won’t sell," he added. "You have to learn to try stuff, even if you don’t like it. Let your customers decide. Most of the big companies will let you put their product out, and if it doesn’t sell, return it."

Retailers can take advantage of pre-assembled kits from manufacturers to offer an option to customers interested in a certain species.

"There’s an explosion in the popularity of leopard geckos," Potts said. "Both Zoo Med and Zilla make a nice front-opening enclosure. People are tired of always having to take the lamps off the top of their terrariums to get at the animals."

"Show the product in use," Brostek said. "If you sell snakes, make sure the snake enclosure contains some of the décor you are retailing on your shelf. Don’t assume that the consumer has the imagination to envision the shelf product in his or her home; show it in use in your livestock cages as well."

Using livestock in-store as a selling point along with terrarium setups and ornaments works to help stimulate interest, retailers reported.

"I have a dart frog display and a 40-gallon breeder that I have [had] set up for years," Herron said. "That draws people’s attention and helps to sell the dart frogs.

Specializing in and focusing on education has helped other retailers market their products and promote the hobby.

"California’s economy has been really beat up," Brewer said. "Our old model used to be that I’d bring in really rare reptiles, and that would be my draw. Now, it’s changed a little bit. Out of necessity, we’ve turned part of our pet store into a zoo where we don’t do any sales. It draws people and it gets them educated, which is great."

This article originally appeared in the August 2015 issue of Pet Product News.