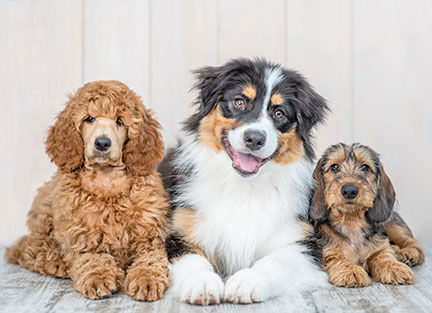 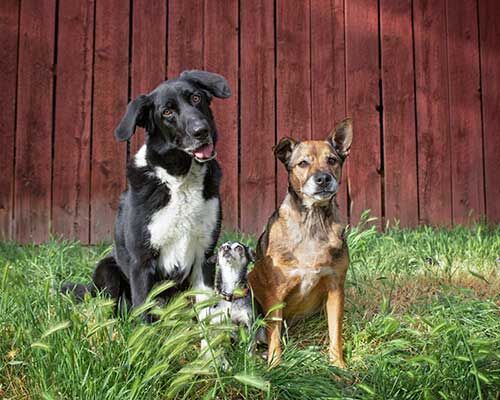 Today’s dog owners are looking for ways to enhance their pets’ mealtime, and products such as mixers, toppers and broths are fitting the bill. Retailers and manufacturers report increased consumer interest in these products.

"More and more of the mainstream pet food kibble companies are adding these healthy and nutritional meal enhancements to their product offerings," he said. "No longer a subset of a category, they have carved out a very healthy and profitable place for themselves in the pet food market."

Dog owners want to take their pets’ meals up a level without going all the way to home-cooked meals, said Anthony Bennie, founder and chief nutritional officer for Clear Conscience Pet in Cape Coral, Fla.

"The fact is that the desire to increase the quality of what we feed our pets has a spectrum," Bennie said.

At the extreme end of this spectrum are pet owners that home cook their dogs’ food or use fresh meal delivery services that can run $6-9 a day, he said. Other owners invest in raw or freeze-dried diets.

But not all dog owners who are interested in boosting the nutritional value of their pets’ meals are able to afford to feed only freeze-dried or frozen foods, said Todd Rowan, senior vice president of sales and marketing for Bixbi Pet in Boulder, Colo.

"Topping is an economical, healthy way to supercharge a meal and provide a great flavor boost in the process," Rowan said. "It is critical, however, that toppers are used with foods containing a strong nutritional base."

Bennie said it is important for pet owners to hydrate dry food because nutrients are densely packed in kibble, making them difficult for dogs’ digestive systems to access and extract.

"Even if you’re feeding one of the best kibbles out there, you’re not getting the most out of that food if you just put it in a bowl and walk away," he said. "… We want to train humans to hydrate dry pet food, so we can take it up a huge notch."

The most common way to enhance dry dog food has traditionally been mixing canned food with kibble, industry insiders said, but today’s consumers have a wide variety of options for boosting their dogs’ diets.

For example, Bixbi’s Rawbble line offers dry, wet and freeze-dried options that can be used as standalone meals or toppers. Other types of toppers on the market include premixed liquids and broths, as well as powdered mixers such as Clear Conscience Pet’s SuperGravy.

"Freeze-dried toppers are probably one of the biggest-selling segments because they’ve been driven by some really good companies like Stella & Chewy’s," Bennie said.

Thanks to the company’s variety in meats and formats, Stella & Chewy’s remains at the top of the category, said Addie Schuhle, buyer/manager of Pet Food Depot in Phoenix. The Oak Creek, Wis.-based manufacturer offers bites, mixers and patties that can be incorporated into dogs’ meals.

"The topper/mixer/enhancer category is exploding and becoming overwhelming," Schuhle said. "Every company wants a piece of the Stella & Chewy’s puzzle piece."

At Mighty Pet in Menominee, Mich., category growth is more slow and steady.

"[Meal enhancers are] still not widely used, but I think that’s kind of due to our area being more price-driven than anything else," said manager Bailey Baxter. "Sales have [been] slowly increasing as owners are starting to learn more about dog nutrition."

Concern about canine dilated cardiomyopathy (DCM) is contributing to rising interest in meal enhancers, said Erin Larkin, general manager of Dogs and Cats Rule, which has five locations in New Jersey and Pennsylvania.

"Suggesting a healthy topper to an existing diet seems to be an easy solution to consumers," Larkin said.

For optimal canine health, manufacturers and retailers recommend providing variety in dogs’ diets through mixing and matching proteins and rotational feeding. Larkin, Schuhle and Baxter all advise their customers to mix proteins—unless the dog has an allergy.

"[Bixbi Pet] believes strongly in protein rotation and the many nutritional benefits that come with it," Rowan said. "If a consumer’s dog enjoys the variety, they should absolutely keep doing it."

"Our Mix-It Meals program provides solutions and DIY recipes that are delighting consumers across the nation," said Heather Acuff, product development manager for the Austin, Texas-based manufacturer. "We’ve developed more than 30 recipe combinations just for dogs, such as Turkey Kibble with Freeze-Dried Raw Lamb with Raspberries, hydrated with Grass-Fed Beef Bone Broth and topped with Wild Mackerel, Chicken & Mussel, and options for special occasions such as holidays, birthdays and on-the-go."

What’s On the Inside

Dog owners are becoming more educated about their pets’ nutrition, which has been a boon to the topper category, according to industry insiders.

"The topper category is being driven by consumer interest in boosting mealtime nutrition," said Todd Rowan, senior vice president of sales and marketing for Bixbi Pet in Boulder, Colo.

In response to consumer demand for transparency, the company’s website features an ingredient map indicating where each of its ingredients comes from. Gruber said Health Extension sources all of its ingredients from the U.S., except for duck, venison and buffalo, which are sourced from France, New Zealand and India, respectively.

"Those three ingredients are of a much higher quality than what can be sourced in this country and lend themselves to a much more nutritious and palatable finished product," he explained.

"Many of our mix-in products are intended to complement a well-balanced diet, such as our broths made from the slowly simmered bones of a single-animal source like organic chicken, wild-caught salmon or grass-fed beef," she said.

"Creative flavors, sustainable ingredients and packaging, and a focus on functional additives are just a few trends that we anticipate will play an important role in the growth of the mix-in category over the next several years," she said.

Nutritional additives are a major focus of Clear Conscience Pet’s relaunch of SuperGravy, which has a new "tri-gestive" blend of probiotics, prebiotics and enzymes, said Anthony Bennie, founder and chief nutrition officer of the Cape Coral, Fla.-based manufacturer.

Bennie said low levels of taurine have been found in dogs with DCM, and supplementing it is "a smart little extra carnivore insurance policy."

"DCM is a complex illness, and taurine deficiency has not been proven as a direct cause, nor has taurine supplementation been proven to prevent or cure DCM," he said. "But our new high-potency digestive health blend and taurine are safe and sensible boosters for carnivore health."

Another heart-healthy ingredient added to some meal enhancers is turmeric, said Erin Larkin, general manager of Dogs and Cats Rule, which has five locations in New Jersey and Pennsylvania.

Larkin said she also recommends raw goat milk as a topper for "pretty much any reason," including picky eating, upset stomach or skin conditions.

Dog owners who are looking to boost their pets’ mealtime nutrition have a variety of options to choose from. The market includes products such as mixers, toppers and broths, and manufacturers continue to develop new offerings and improve upon existing ones.

"The entire Bixbi Rawbble line can be a standalone complete and balanced diet or [be] added to another food for flavor and nutrition," said Todd Rowan, senior vice president of sales and marketing for the Boulder, Colo.-based company. "Even Rawbble kibble, with its fresh meat-only approach and 90 percent digestibility, can add tremendous nutritional value to lesser-quality foods … Whether it’s wet, dry or freeze-dried, Rawbble is the do-it-all food or topper."

"It makes kibble tastier while increasing the nutritional value of a meal," said Brad Gruber, president of the Hauppauge, N.Y.-based company. "All a pet parent has to do is scoop, mix and let their fur baby enjoy, all while allowing them to feel like their meal is homemade."

The three SuperGravy recipes—Barkinara, Arfredo and Paw Jus—are still made with the same formulas, except that Barkinara now features pork liver instead of chicken liver. Bennie explained that pork is more hypoallergenic and has higher protein and taurine content.

"One thing people hate is when a product they love gets screwed up, so I was ultra-careful when I did this," he said. "The formulations themselves, at the macro level, they’re identical. The idea was to deliver the exact same taste and do it with increased nutritional benefits. … It’s a seamless transition."

Bennie said SuperGravy is a 55-cent-per-day solution to meal enhancement, and that just one scoop a day will improve a dog’s digestion.

There are a variety of ways retailers can boost visibility and sales of dog food toppers.

Health Extension in Hauppauge, N.Y., suggests that its retailers follow its "four points of the store," said president Brad Gruber.

"We ask for placement on shelf, on an endcap, in an off-shelf display and at the register," he said. "This covers all of the consumer shopping habits and ensures success."

Gruber also recommends that stores create a designated section or aisle for meal enhancers. But because there are so many different types of toppers—some shelf-stable, some not—they can end up mixed in with other products throughout the store.

Dogs and Cats Rule, which has five locations in New Jersey and Pennsylvania, was seeing so much growth in the category that it installed additional freezer space in all of its stores, said general manager Erin Larkin.

"We have whole freezers dedicated to bowl boosters, as well as entire freeze-dried sections in our stores," she said. "Some bowl enhancers are also set in our supplements section or wet food areas."

At Mighty Pet in Menominee, Mich., most freeze-dried mixers are positioned in an area that is right next to the frozen section, so freeze-dried, frozen and raw options are all nearby, said manager Bailey Baxter.

"Allowing bone broths to be merchandised on the shelf rather than the freezer opens the category up to consideration from current kibble-only customers," she said.